My mother told us not to play by the river, and mostly we listened. But there were times when the riverside beckoned. Like those autumn afternoons when my older brother and I played football on the lawn behind the Homelite plant with our neighborhood pals.

The Homelite lawn was a natural football field, nearly twice as long as it was wide and almost perfectly flat. The grass was a thick, green cushion that was always neatly trimmed, not surprising really since lawnmowers were one of Homelite’s premier product lines. There was no fence to bar our entry. No one ever chased us off. Homelite workers in dark blue coveralls often gathered in the asphalt parking lot next to the field to smoke a cigarette or two and watch the game.

The parking lot formed the field’s eastern boundary. On the other side of the grass and all along the western sideline was the Passaic River, a slick, dark menacing presence slinking its way down to Newark Bay. Across the river, the opposite bank had been replaced by a corrugated steel bulkhead. It was a dark armored wall, some 30 feet high and punctured in places by huge round storm drains, giant metal mouths, visible at low tide, that drooled frothy runoff into the river.

The bulkhead supported a mile-long, arrow-straight stretch of Route 21. This particular section of 21, known locally as McCarter Highway, was a made-to-order speedway where teenage hoods from Newark drag-raced their GTOs. On summer nights, the whine and squeal of engines and brakes would drift across the river and seep into our dreams.

The Passaic is a tidal river by the time it reaches the Homelite plant. When the tide was in, the water would creep right up to the lip of the field. We never ran sweeps to the river side. We observed a five-foot buffer zone between our play and the water’s edge.

There was another group of kids hanging around the Homelite field one afternoon. They were older kids, strangers to me. They were horsing around at the other end of the field. Kibitzing, my father would have called it. The Homelite workers eyed them suspiciously before ducking into their cars to head home.

When the parking lot had emptied and the sun had nearly set, a boy appeared. He was a husky boy, strong, with straight brown hair and roses in his cheeks. He walked across the grass on the diagonal, a path that took him between our game and the older boys’ horseplay without disturbing either.

He was on his way home from practice. He wore his uniform–Irish green jersey and white pants–and carried his helmet by the facemask. The chinstrap made a ticking sound as it slapped against the helmet’s plastic side.

I didn’t hear what the older boys said to the football player. He paused, turned in their direction, then proceeded on his way, a little faster than before. They caught up with him at the far corner of the field, the river side. We had stopped our play by then, and stood in a huddle, watching.

It was a beautiful helmet, snow white against the gathering dusk, no scuffs or grass stains, its top as smooth and round and shiny as a cue ball. The boys taunted the football player with their trophy, yapping and hooting and prancing around him like jackals at a kill.

After a minute or two of this, the biggest boy, the one who started everything, stepped into the circle and claimed the helmet for himself. He raised it over his head and held it there. He locked eyes with the football player. Then, with a windmill motion of his arm, he hurled the helmet into the Passaic.

It splashed in upside down, not 30 feet from where we all stood, gaping, at the water’s edge. The helmet righted itself somehow and bobbed briefly, like a buoy, or a skull.

Frantic, the football player waded in after it. He skidded and slipped on the oil-slicked rocks. He sank to his ankles in the river’s black sediment. Knee deep in the Passaic, its water staining his white pants a fecal brown, he tried to rescue the helmet with a tree branch. He managed to snag the facemask. But the river wouldn’t let go. It sucked the helmet down, swallowed it whole.

Any one of us should have been able to dive right in and save that helmet. The water couldn’t have been more than four feet deep where it went down. But we didn’t. And the football player didn’t either. Because no one dove into the Passaic River.

The river wasn’t fearsome in any traditional sense. It didn’t rage or thunder. It didn’t loll along and then suddenly turn into a boil or hurl itself over a cliff – not this far downstream anyway. It wasn’t icy cold or booby trapped with eddies. It wasn’t even that wide; a doggy paddler like me could make it all the way across. But the river scared us just the same. It scared us in a deep down creepy kind of way.

That’s the way it was in 1960 in North Arlington, New Jersey, my hometown, a small borough on the Passaic’s eastern shore just five miles upriver from Newark. This industrial lower stretch was our Passaic. My mother told us not to play by the river, but she didn’t have to.

All excerpts from This American River: Paradise to Superfund, Afloat on New Jersey’s Passaic are the copyrighted property of the book’s author Mary Bruno. 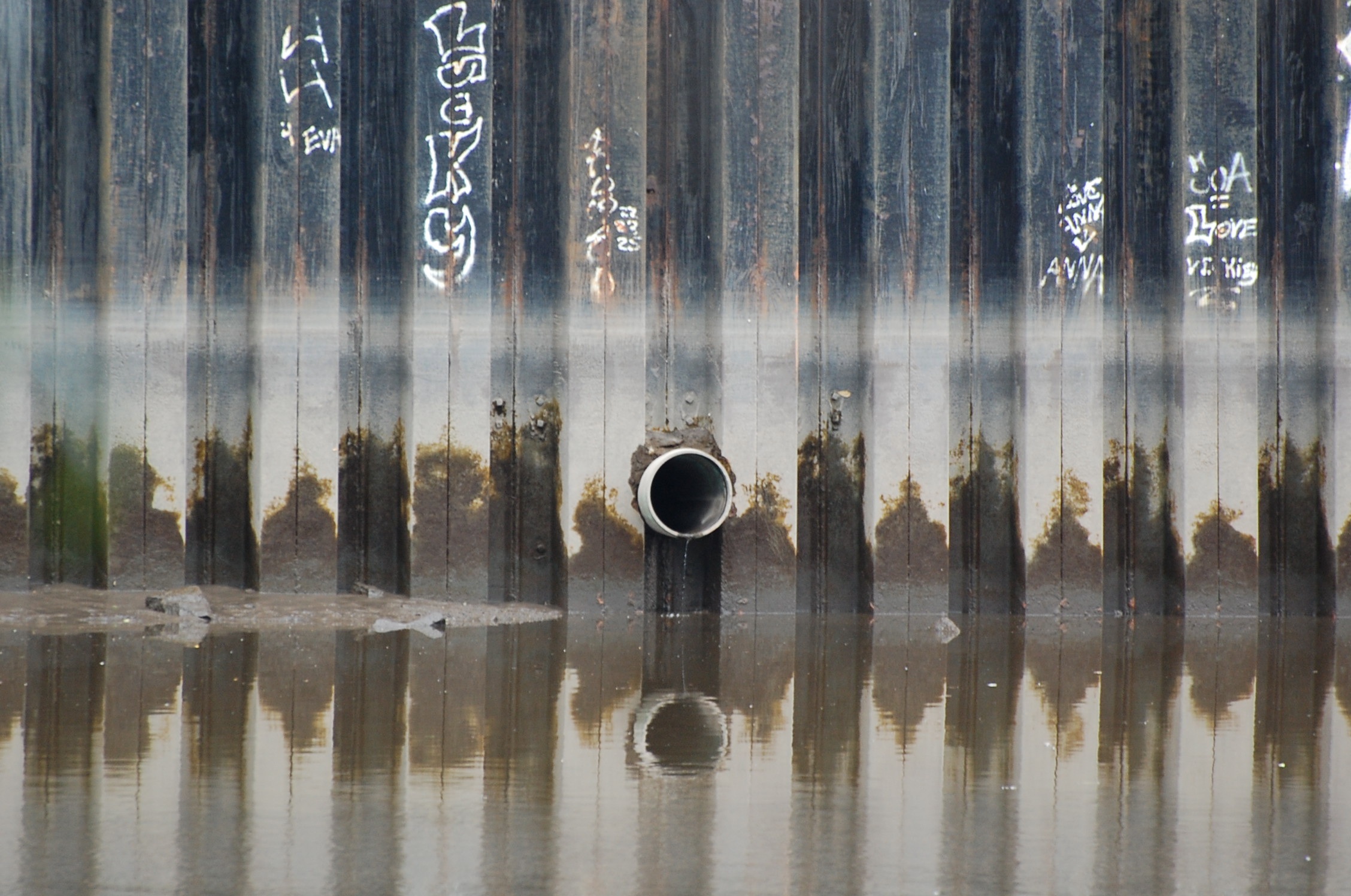 NEWS OF THE PASSAIC