You are here: Home » Media

National Public Radio
“I was haunted by the Passaic River,” Mary Bruno told NPR producer Art Silverman: “It wasn’t always dirty and oily and scary. It was beautiful, and it was lush, and it was filled with life. What happened to you, the river that I grew to know as I grew up?”

Vashon Beachcomber
Bruno is a gifted writer with a warm and intelligent voice, and what she’s produced is both artful and insightful . . . But what makes her book a fascinating read is the totality of the story she tells. Yes, this is a book about a river. But it’s also a book about the forces that led to its decline and to the decline of so many corners of our country — “the triumphant and tragic relationship between nature and industry in America.” 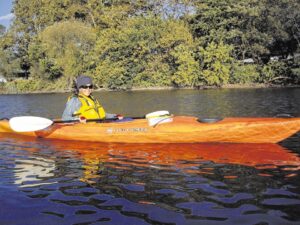 If “An American River” is a revealing and entertaining book, it is also an important one, an instant classic destined to be a “keeper” on the physical or electronic shelf  with such classics as John McPhee’s “The Pine Barrens . . .”

Newark Star Ledger
“The Passaic was the Boo Radley of my childhood. I perceived it as a monster. That was naïve. The Passaic River was not a monster. It was a victim.”

Patersonian
Always moved by nature, Bruno had been able to find nature in New Jersey in places she thought it had been banished from. The Passaic, with its Superfund reputation, was such a place.